Hollywood and Pacino oiling the movie wheels to perfection. 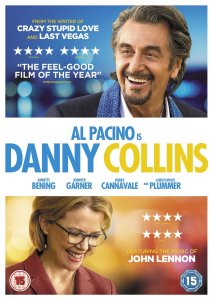 Regular readers of my film reviews and blog will know that one of my very favourite actors is Al Pacino. I make no claim that he is the finest actor to ever appear on the silver screen, indeed, many of his performances are way over the top; but I don’t care – I love him. Any movie that Al Pacino stars in is fine in my book – he always lights up the screen, always turns in unforgettable performances, and invariably takes a mundane story and makes it magical.

And so it is in Danny Rose, where Al Pacino plays an ageing pop star who can still fill stadiums by singing the same banal songs that he made famous some 40 years earlier. Most of his devoted fans have grown old with him and we see rows and rows of women of a certain age all screaming and whooping whenever he appears on stage. I am trying to think of similar performers in real life, and maybe the likes of Barry Manilow or in the UK, maybe Cliff Richards might fill the bill. But dear old Danny is far more of a caricature than a real life person, and unlike Manilow and Richards, none of his 40 -year old songs have any merit whatsoever, and he really isn’t a very nice person.

But then something happens that is actually based on a true story. His manager, (the excellent Christopher Plummer in one of his last roles), tracks down a letter that was sent to Danny in 1971 by John Lennon, but which Danny never received. Lennon had sent him some advice about his songwriting and suggested they meet up. Danny is shocked and traumatised as he wonders how his life might have changed if he had received the letter. He is suddenly hit with the realisation that he has been a drunken ass-hole for most of his life; that he is kidding himself if he thinks that his gorgeous, sexy fiancé, one-third of his age, could really care for him, and the fact that he hasn’t written a worthwhile song in more than 40 years. He decides to abandon his moneymaking tour (which we later discover was to be his retirement pension) and move into a suburban New Jersey hotel and track down his long lost son who he has never met.

There is some wonderful, tender interplay between Pacino, his son’s wife and daughter and later his son, who hates him with a purple passion. There are also some amusing, touching scenes with Pacino and his fiancé, (who receives Danny’s blessing to cheat on him), and with the female hotel manager and two of the hotel staff. To be honest, the story is a little on the clichéd side, and some of the events are predictable – but not all. There are some blatant attempts to extract a few tears from us as fatal health issues are dragged to centre stage – but not for Danny Without Pacino, this movie would probably die without much fanfare, but as ever, he lifts it out of the ordinary to a higher plane. Along with Plummer, Jennifer Garner as his daughter-in-law, and the excellent Annette Benning as the hotel manager, they made a corny story it into an excellent movie treat. Hollywood and Pacino oiling the movie wheels to perfection.

Four  out of Five Mobi-Stars

All of my 66  movie reviews, including the above, have been published by the Internet Movie Data Base (IMDb).

If you wish to read them on IMDb, you can find them all by clicking:  Mobi’s movie reviews on IMDB  or the link on the side-bar of my blog.

In my next blog, I will review the film, “Youth” Starring Michael Caine.