A Snake Swallowed My Cock!

A prize cock’s fighting career was brought to an abrupt end when he was eaten by a python.

The cock owner said she arrived to feed the cock on Saturday morning but found the python in the pen with a visibly swollen belly. She immediately alerted local rescue workers, who came to capture the snake.

The authorities of Nakhon Sawan province have stepped up measures to fight street criminals by deploying a troop of “superheroes.”

The Facebook page of Tak Fah police department posted photos of their new superhero troop as the team and the police commander discussed their mission to fight criminals.

“The villains are daring and do not succumb to law, so we have stepped up measures and deployed a team of superheroes to plan the ultimate mission to restore peace to Tak Fah district,” the caption read.

While the likes and shares have not been off the chart due to the small population in the district, feedback so far has been 100 percent positive.

Maybe they should hire Batman to clean up the corruption in Gotham City… sorry, I mean Bangkok City. 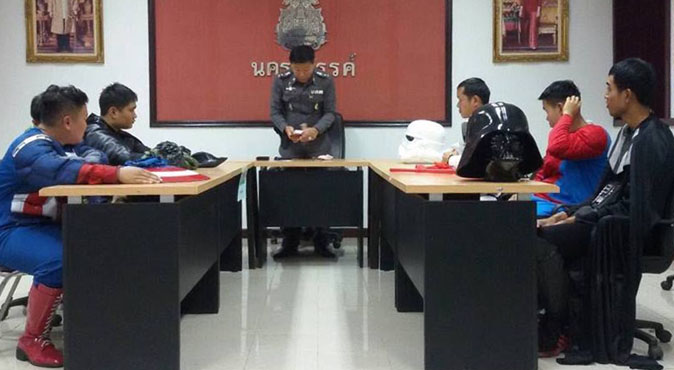 No Worries with “Stress-Free, Xanax-laced Nipples”

Two women have been charged with spiking drinks and their breasts with Xanax to incapacitate tourists in order to rob them.

They were arrested on Pattaya’s Walking Street after police tracked them from security camera footage after their victims reported being drugged and robbed.

The police said, “They confessed to putting the pills in the drinks three times, but they denied applying it to their nipples, although we have footage showing them doing so.”

In the CCTV footage, the pair could be seen bringing foreign men to a hotel on two separate occasions. Each time, they were seen putting the anti-anxiety drug, Xanax, into their drink and also onto their nipples, before leaving the premises with the men’s belongings. 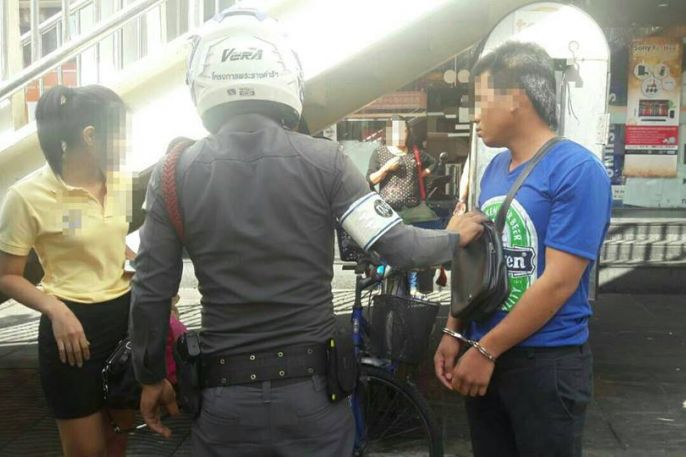 Most buses in Bangkok speed wildly along the roads in the city so that they can make more trips and earn more money. An exception to this was the driver and conductor of a bus who recently had the decency to make a pit stop and hand over a pervert. He had been jerking off while leaning against the back of a standing female passenger.

The 20-year-old public masturbator, who was identified as “Patpong,” was held by the conductor and other passengers until the police arrived.

With a name like Patpong – the same name as the notorious red-light district in Bangkok – I guess it comes as no surprise that he couldn’t control his urges. 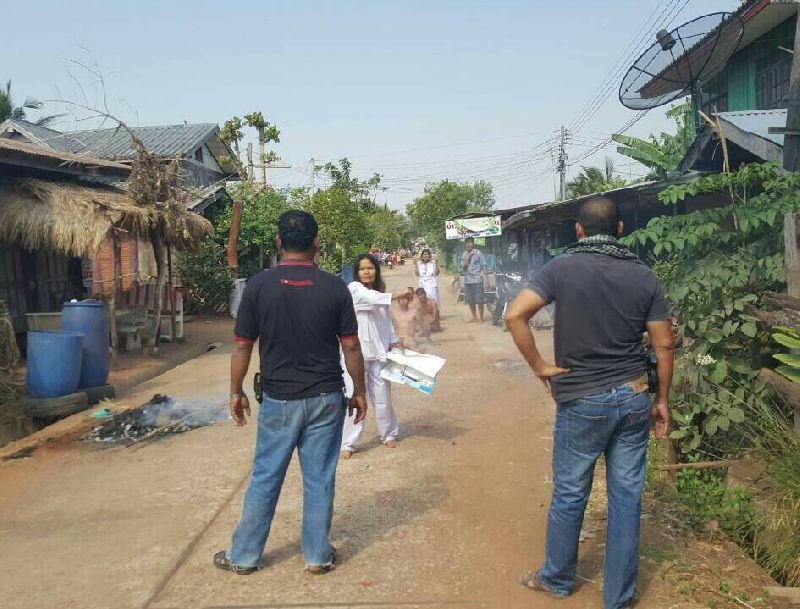 In my recent “Notes from..” I wrote about the craze of Luk Thep Dolls which were said to be ‘child Gods’, and that the Thais had been buying them by the thousands for good luck.

We now have a tale of mass possession – well three anyway – by a ghost in the wilds of Sa Kaeo. It wasn’t far from the home village of Mobi-wife number six where I spent many a happy drunken night out there, fighting ghosts.

Back to the story; two women and a man are facing charges after forcing seven villagers to strip naked in the street of their village on the order of a ghost.

The three suspects claimed they were possessed by a ghost known as a Phi Pob when they marched seven residents of a village into the street at knifepoint and instructed them to take off their clothes.

After the seven victims, including one woman had stripped; the three “possessed” Thais burned all their victims’ clothes to appease the ghost.

The police eventually disarmed the three possessed and they were charged with physical assault, unlawful coercion and unlawful detention.

They claimed that they felt something heavy fall upon them, and they were not conscious of what they were doing.

Phi Pob is a well-known ghost in folklore, notable for its purported ability to possess humans. Many communities in rural Thailand report sightings or hauntings by Phi Pob each year.

The three suspects were granted bail and they are seeking exorcism from a necromancer in Aranyaprathet.

Definition: Necromancers – they summon the dead to fight for them, channel blood energy and rend their enemies’ souls. Necromancers draw on life force and use it to strengthen or heal themselves and others.

One thing’s for sure; there’s  millions of Thais in the Land Of Smiles who are still steeped in the middle ages when it comes to Ghosts, Ghoulies and things that go bump in the night…