Over the past week or so, there are growing signs that  ‘summer’ or should I call it the ‘hot, dry season’ has arrived. As I write this – at 10.10 a.m. – my weather app tells me that the outside temperature is 35º Centigrade and by mid-afternoon it will be in the low 40’s.

I have difficulty I believing this, as it doesn’t feel that hot, but maybe that’s because the humidity is still relatively low, at about 29%. Also, as soon as the sun goes down, so do the temperatures, and we are still enjoying relatively cool evenings and early mornings, with temperatures only in the high teens to low twenties.

Humidity is the real killer  in Thailand; at its worst, it can get as high as 80-90% and when this happens, it’s like living in a sauna. Even the minimum of exercise will result in your clothes becoming soaked in perspiration within a few minutes.

So until the humidity starts to rise, we haven’t really hit what I would call the Thai ‘hot’ season; heck, it’s just spring!

Indeed, I have been taking my evening walks in the late afternoon, before the sun goes down, and there is barely a patch of sweat on my T-shirt when I return from my 25 minute power-walk/jog around the lake.

Over the past week or so I have been taking Micky, my labrador retriever with me on the lead, when I walk and occasionally jog around the lake. He absolutely loves it. He starts off by trying to pull me along, but within a few minutes he is trotting happily beside me, and by the time we are done, so is he…

Many moons ago, I used to take Cookie, my deceased golden retriever with me, but as her hips started to show signs of displacement, I stopped the practice and as I didn’t want to show favour by just taking Micky and leaving Cookie behind, neither of them went and we fell into the habit of taking all the dogs on a shorter walk, when I returned from my afternoon exercise.

At the age of 3 ½ years, Mickey is at the peak of his young ‘man-hood’ and is a beautiful specimen of a dog. He is livelier and probably a lot smarter than Cookie was, and since her passing, he seems to have become even more loving.

Uncannily, he sits and sleeps in all the places that dear Cookie used to lie and sleep. I don’t know whether this is because he is doing it memory of a dear ‘sister’, or whether he is simply claiming these favoured spots from Cookie – probably the latter, but who really knows what goes on in a dog’s brain?

He has boundless energy and never tires of trying to play with us.When we grow tired of wrestling him and his tennis ball, he will climb up onto the sofa and even onto our bed, and try to goad us into continuing his ball games or rough-housing with him.

A few weeks ago, before Cookie passed away, we had a distressing experience with Micky. It was then my practise to let Micky run free from my house to the outer perimeter of our village, a distance of maybe 200 meters, and then we would catch up with him and watch him as he chased along a short stretch of unmade ground next to the lake and get some exercise.

I had trained him not to stray onto the road, and to come to me when called. When he had finished his run, we would put him on his lead and then take all four dogs on a walk through the village.

We had been doing this for several months and it seemed harmless enough until one day, I let him out for his short run to the outside of our village only to see him make a beeline for a large cat that was sitting near a house on the outer edge of our estate. This didn’t worry me too much as no matter how fast Micky ran, he was never fast enough to catch the cats who would chase up a tree or onto a wall to make themselves out of reach long before he arrived.

But this time it was different. Micky is one of the fastest running dogs I have ever seen, and on this particular occasion he outdid himself. There was a blur of dust as he flew like the speed of light after the unwary cat, and almost before anyone knew what was happening, he had the cat cornered and was trying to tear it to pieces.

Noo got to the scene of carnage before me, and she, together with an itinerant garbage collector who happened to be in the vicinity, managed to separate the warring animals, but unfortunately, by this time, the cat was in a very sorry state.

We took Micky back home and Noo returned to check on the poor cat. It transpired that the cat was a pure bred Persian and belonged to the house near to where it had been sitting. The poor animal had already been taken inside the house, so Noo returned home, feeling very bad at what Micky had done.

We were in a moral dilemma. Were we to blame?

If the cat had been inside the gated village, then there is little doubt that we would be to blame. But the cat was outside the estate, in a public area, next to the road, and as everyone knows in Thailand, cats are fair game for all the marauding street dogs that exist just about everywhere.

If cats are to survive here, they must forever be on the lookout for dogs and learn to make their escapes in good time. I suppose you could call it a survival of the fittest – both for dogs and cats. The dogs must learn to keep away from passing traffic, and the cats have to learn how to avoid marauding, cat-killing dogs.

But this was a bit different, as the cat wasn’t your regular, feral, scrawny Thai cat; it was a pure bred Persian, and presumably it didn’t have the same survival instincts that it’s Thai brothers and sisters would instinctively posses. So maybe we did have some responsibility for what had had happened.

Certainly, if this had occurred in the west, we would have been wholly responsible for keeping our dog under control and would have been in a heap of trouble if had it attacked and wounded or killed a cat.

On top of all this, Noo was convinced that the itinerant garbage collector knew who we were and would tell the house owner that it was our dog that had attacked their cat. This I doubted, but whether or not they knew who did it wasn’t the main point. The point was – were we responsible?

I was really unsure – this being Thailand – so I decided to call a couple of friends to ask their opinion. As ever, I received, two opposite points of view, but in the end we decided to go with the friend who suggested we should own up and go round and ‘confess’ our sins.

With some trepidation we went round and rang the bell by the gate. It turned out that the owner (a farang) and his wife were out at a party, but that a relative and a maid had taken the cat in and it was now in the hands of a vet. We told them that it was our dog that had attacked their cat. As I had suspected, until our ‘confession’, they had no idea who had done it. Anyway, we gave them our phone number and took the number of the owner.

Before we left, the son of the owner told us that the cat was always going off on forages around the estate and had been found several times, quite a distance from home. That made us feel a bit better, as clearly the owners had not taken good care to make sure their cat stayed within the confines of their home. It had been only a matter of time before some cat-hating dog would catch up with it – unfortunately it happened to be ours.

Anyway, I can’t tell you how much better we both felt after we had come clean – it’s amazing what telling the truth can do for your peace of mind.

Later, Noo called the owner and she was told that the cat was in very bad shape and had been sent to Bangkok for further treatment. She told them that we very sorry about what had happened and were prepared to contribute to the cost of the treatment, but she said the owner didn’t appear particularly bothered.

She called again a couple of days later, but the owner really didn’t seem to want us to be involved, so we left it at that. They had our number and knew where we lived, if they wanted to take it further or ask for a contribution to the medical costs.

My guess is that the cat probably died, but I guess we’ll never know for sure.

Anyway, from that day on, Micky is always kept on the lead, whenever he is outside our garden, and he will no longer be able to run free, unrestricted. There will be no repeat of that distressing event. I have learnt my lesson. 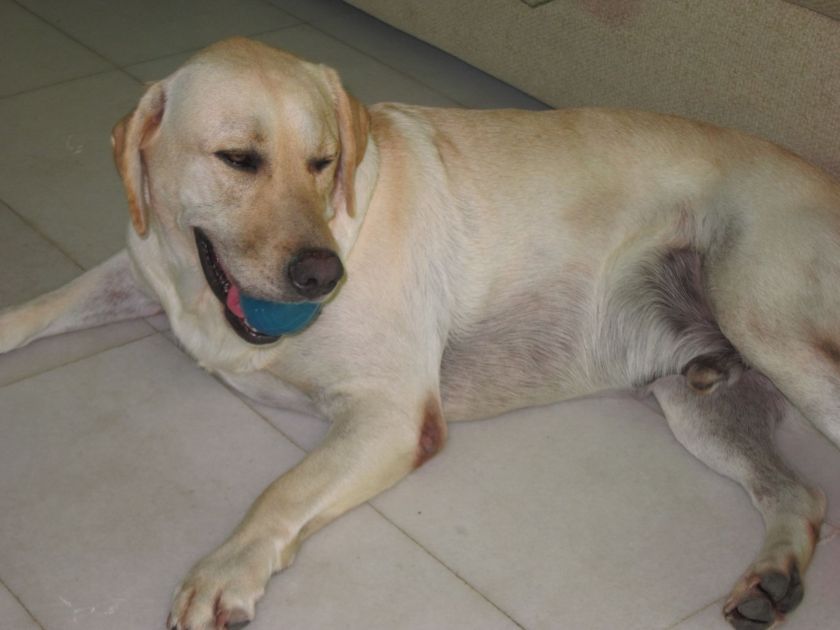 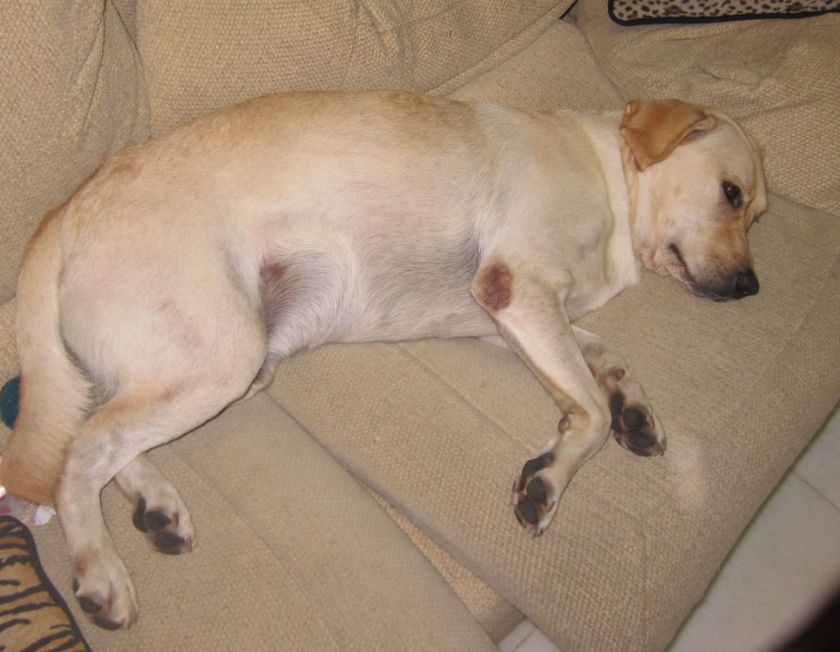