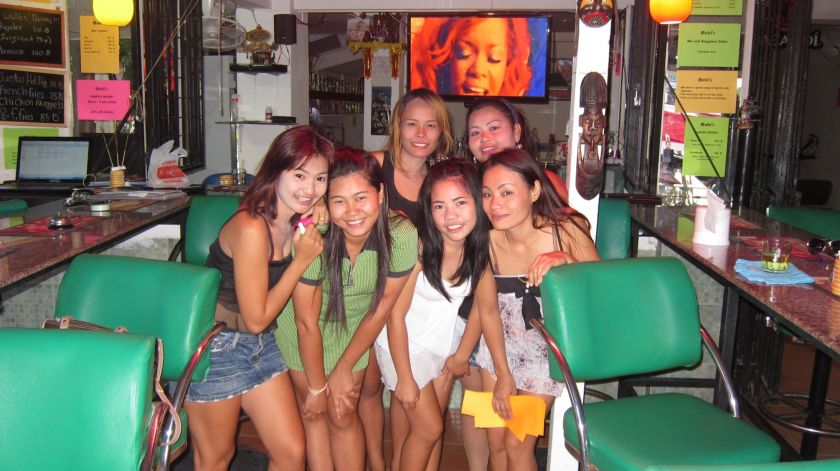 One of these days I am going to drive around Mabprachan Lake – from one end to the other – and count just how many, bars, pubs, restaurants, café’s, karaoke joints, short-time speak-easies, and other dubious places of entertainment actually exist out here, on the Darkside.

Then I will do the same for Soi Siam Country Club Road, Soi Nern Plub Wan, Soi Kow Noi and Soi Kow Talo.

I have no idea of the total number, but it has got to be in the hundreds. In just around my area of the lake, there are more than 20 such establishments, and in many parts of the very long sois mentioned above, almost every other ‘shop-house’ is a bar or a restaurant.

Those of you who do not live in Pattaya will not recognise the names of the aforementioned sois, but suffice to say they are all very long roads that run for several kilometres from the main Sukhumvit Highway, into the hinterland of East Pattaya. All of them are on the south side of Lake Mabprachan.

The entire area, including the Lake Mabprachan locale itself, is collectively known these days as the ‘Darkside’, mainly because in the early days of development there were no streetlights, which meant that when night fell, it became very, very dark.

I have been living on the Darkside for over ten years, and during this time, the construction of housing ‘villages’ throughout the whole Darkside area, catering mainly for expats, has been quite incredible.

I don’t know just how may housing developments exist on the Darkside, but surely it must run into many, many dozens. They are everywhere, either bordering the roads or, if you drive off any of the main sois into a ‘sub-soi‘ or single-track lane, you will almost certainly come across yet more housing developments.

Some of these villages are massive, spreading out over several acres, containing scores of houses and luxury villas – many of them grand affairs with their own swimming pools.

Other developments are so small they only contain maybe only 4 – 6 houses; and there is everything in between. Some villages have huge communal swimming pools, clubhouses, restaurants etc, with beautiful landscaping, and other villages are very basic.

So how many people live in all these villages?

Again, I don’t know, but it must run into several thousand.The whole area is huge – from the lake down to and beyond Soi Kow Talo, and not forgetting another area north of the lake, around the Crocodile Farm locale, which also has many expat villages.

What sort of people live in these villages?

I would imagine that the average house is occupied by a male farang owner living with his Thai wife and possibly one or more kids – either their own, or the wife’s kids from a previous marriage. Many of these farangs, although by no means all, are elderly and retired, and their Thai wives are typically half their age.

There are also quite a number of expat families living in the top-end villages – husband and wife, both farangs, and often with kids. Many of them are working in Thailand on high salaries, or are wealthy retirees who have bought their dream home in the sun and are living here with their wives.

Then there are the younger farangs, some with Thai wives and others who are single, and work outside Thailand (often in the offshore oil industry) and come to stay in their Darkside houses when they are on their break.

There are virtually no tourists. Tourists want to be in downtown Pattaya – where the action is – and if they are not familiar with the Darkside,  they would find themselves in an area where there are no taxis and where all the entertainment places are spread out over a very wide area.

They would need their own transport to get around, and many would baulk at this, as motorbikes, in particular, are very dangerous. It makes little sense for people to come for holidays on the Darkside, unless they have some previous knowledge of the area, and can find a room in one of the very few places of accommodation that are available out here on a daily or weekly basis.

So it is reasonable to extrapolate from this that farangs living on The Darkside are largely comprised of long-term residents, and all these people ought to provide a good customer base for the local bars and restaurants.

But just who, amongst this wide variety of local expat residents, will be patronising such local bars and restaurants?

I’m afraid the answer is ‘not a lot’. My ‘guesstimate’ is that less than 10% of the people living on the Darkside regularly patronise the local eating and drinking places.

The reasons for this are many and varied.

For starters, many of the residents probably only go out to wine and dine a couple of times a month – if that – because they have wives/families and for the most part they stay at home and eat at home.

Even those who like to have the occasional night out usually prefer to make the twenty-minute car or bike ride to downtown Pattaya city where they there they have a much wider choice of wine, women and song.

The Darkside, despite its hundreds of establishments, can never compete with the world’s biggest brothel, along with the luxury hotels, the gentlemen’s clubs, the live shows and the myriad places to dine and have fun: respectable, and not so respectable.

For those who like to go out alone – without  their partners – the greater the distance that they put between their homes and their place of fun, the better. What the eye doesn’t see….

Then there are the high-end expats with their expat wives and expat kids who attend the high priced international schools. Most of these folk would never be seen dead in Darkside establishments, where more often than not, sex is overtly on display.

In Pattaya city, there are any number of non-girlie pubs, restaurants and department stores  which cater for expat families; where they will not be exposed to ladies of the night, the indifferent service and sub-standard toilets etc, which is so often the norm on the Darkside.

So who ‘s left  to patronise these hundreds of local establishments on the Darkside?

Well, firstly there are a few broad-minded farangs who are happy to bring their expat wives and see how the other half live.

Then there are a number of mainly elderly residents who go out for a few cheap beers a few times a week. These people live on limited fixed incomes, so they never spend any more than they can get away with and many are what we call, ‘balloon chasers’ – people looking for bars with parties and free food. Even if you succeed in drawing them into your bar, you are not going to get rich on what they spend there.

There are also a few local tourists or ‘offshore’ residents on their R & R’s who are fed up with the high intensity razzmatazz of Walking Street and  prefer the slower pace of life on the Darkside.

Finally, there is the  flotsam and jetsam of farang society: drunks, drug addicts, thieves, coppers’ narks, bar-owners and others at a loose end – many either on their way to Sin city or are coming back after a night out.

As I have already hinted above, the overall standard of service and quality in a majority of  Darkside bars and restaurants is so poor, that most people looking for a good  night out will opt to go to the city rather than put up with second rate service, indifferent food and even the low quality of women that are generally served up east of Sukhumvit.

Of course, there are exceptions, but unfortunately, there are so many bad places out here that they tend to drive away all potential customers – even from the few half-way decent establishments.

There is no question that there are far too many places trying to attract customers on the Darkside. Hardly a week passes when you don’t hear about a new place opening, or an old place changing hands for the umpteenth time.

An existing  bar or restaurant never closes for good, as sooner or later a new ‘mug’ will come along and try his hand. This means that the number of places fighting for what is a relatively small customer base is forever increasing.

Since I opened my bar back in April, last year, there have been at least 6 – maybe more – completely new places that have opened around the lake, all less than  five minutes’ drive from my bar. That is really incredible, and the same is happening almost every day, somewhere on the Darkside.

The only people who are making money are those who are buying the failed bars at fire sale prices and selling them on for inflated sums.

For sure, there is always a new arrival on the Darkside who fancies himself as God’s gift to the bar business – despite the fact that he has never previously worked in the retail business and spends most of his spare time drinking himself into a stupor.

Some of you may tell me that I should include myself in this list of bar-owning mugs – and you could well be correct; but next week I will try to make a case that I believe I was the exception, rather than the rule.

I do believe that you can make a living by running a bar on the Darkside, but it will not be easy, and you will never get rich. To be successful, you have to understand your customer base and what you need to do to persuade them go regularly to your bar rather than one of the dozens of other bars, within spitting distance of your own…