Yes, folks – I’m back again, albeit a week later than promised, but as they say: better late than never….

Why no blog last Sunday?

The truth is that I weighed up my priorities, and the blog got the short straw.

So what’s been going on in the strange and exciting world of Mobi D’Ark?

Lek and I  duly arrived back from our 24-day sojourn in the ‘olde country’ in one piece after a very enjoyable holiday spent with my family. They all went out of their way to make us very welcome and take us out and about to see the sights and I can only say that I am so lucky and blessed to have such a wonderful family.

Sunday, 5th July was our last night in the UK which was spent with my granddaughter, her husband and my baby grandson in Stamford. On Monday morning, we were dropped at the bus station in Peterborough for the bus trip to Heathrow airport.

Everything went like clockwork and we arrived at Victoria coach station bang on schedule and made the connecting bus to Heathrow with plenty of time to spare.

However, I was amused when a little bit of European bureaucracy reared its ugly head at Peterborough Bus station. Our London-bound bus arrived half an hour early, but we weren’t allowed on until the bus driver had driven the empty bus around the bus station for two full circles….

“What’s going on?” I asked the bus inspector.

“The driver needs to clock up two more minutes of driving so that he officially qualifies for his ten-minute break.”

“If he doesn’t take a ten-minute break, he might overrun his permitted driving time on the journey to Victoria and he will have to stop driving and leave the bus stuck in the middle of London. Get it?”

We had a few hours to kill at Heathrow, but at least we had the comfort of the brand new Terminal Two to spend it in. (See pics below). I well remember when terminal Four was first opened, back in the late eighties – what an ugly design! Terminal Two is so much better – funny how architectural tastes change.

Thai Airways has come in for a lot of criticism in recent years concerning their onboard service, piloting mishaps etc., but as far as I’m concerned, I have nothing but praise for our  flight to London and thence back to Thailand.

Sure, their aircraft are a little old, but they are still perfectly serviceable, and we couldn’t have asked for better service, which was friendly, polite and efficient. What more can you ask?

Both flights were bang on time, and I have to say they compared very favourably with previous trips  when we had to break our journey and transit in God-forsaken places such as Moscow or Dubai. Getting it all over in one fell swoop is definitely the way to go.

Lek’s family had known we were due back on the Tuesday afternoon, but Lek hadn’t told them our precise arrival time, so when we arrived back home at around 5 p.m. everyone went crazy – especially the kids – and the dogs, who refused to leave us alone.

It seemed like we had been away for an eternity, but it wasn’t long before we were back in the old routine.

Thailand is now in the middle of a serious drought and many places, including Bangkok, only have enough tap water remaining for a few more weeks. Up-country, the farmers have been told not to grow a second rice crop in order to preserve water. If there is no substantial rain soon, the country is going to be in serious trouble.

Our local lake (reservoir) is at its lowest level for many years – soon we’ll be able to walk across it. The authorities have said that they still have other sources of water to keep Pattaya City going. But for how long?

I mentioned in my last blog that Lek had miraculously won 120 quid in her first ever attempt at the UK lottery. The winning numbers were all drawn from family birthdays.

I’ll tell you what else, at least as far as Thailand is concerned.

Thailand is a Buddhist country and part of the Buddhist religion is a belief in reincarnation.

What has this got to do with lotteries?

Buddhists believe that when somebody dies, at the time of their death, the soul passes from one world to another – ‘The cycle of Life’.

A few crackpots also believe that if you are present at the time of someone’s death, or soon afterwards, then you have a very high chance of winning the lottery. Apparently, the recently dead spirits will somehow give them the winning numbers from the next world.

Crazy? Without a doubt. Unfortunately, many Thais believe it. The belief that you can obtain winning lottery numbers from the recent dead is so widespread that some Buddhist monks have been caught stealing corpses and chopping off their heads.  (don’t ask me what they do with them…). One such monk, in Udon Thani province, was disrobed and faces criminal charges for such acts.

Yes, folks, I really am back in the land of smiles, corruption and ghosties ….

Meanwhile, back at the Mobi-ranch, I have resumed work on ‘Azzy’, my latest novel. I am now well into the third draft, and have made some pretty major changes, including: shorter chapters, a much trimmed prologue, the re-writing of all the ‘sex  scenes’, a line-by-line review of the entire text, and much more.

The plan is to have the novel more or less in its final form by the end of July, so I have been putting in at least 8 hours a day on this work since I returned from England.  I also spent last weekend working on it – hence no blog.

Today, I have removed the previously completed  draft of Azzy from my blog. I did mention in earlier blogs  that I would be doing this at the end of June, so in point of fact, you have had an extra 10 days to read it.

I have great hopes for this novel, and I do hope that some you will support me in my endeavours by buying a copy of the book when it is finally published.

Below are a few pics of our last day in the UK, and our arrival back in Thailand. 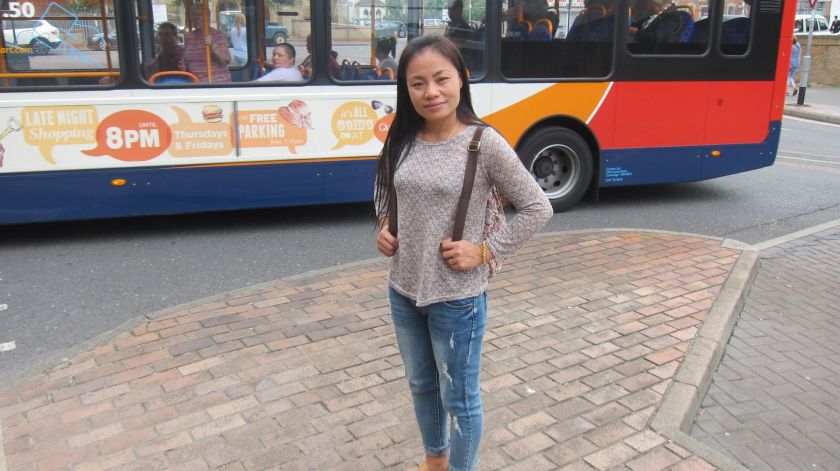 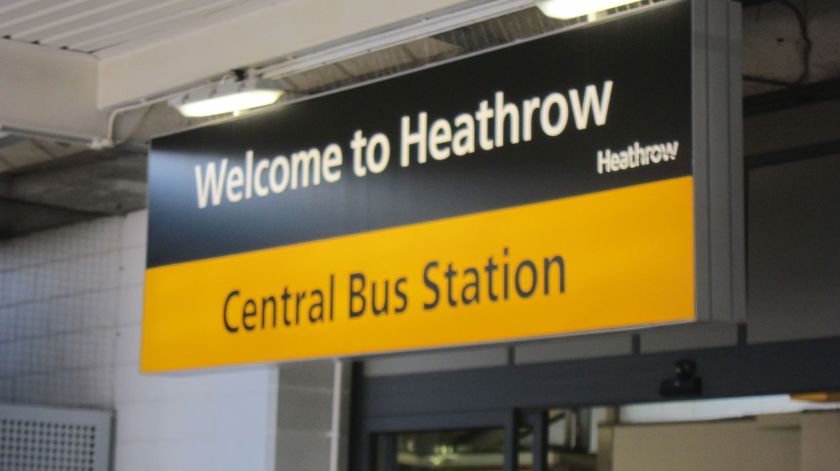 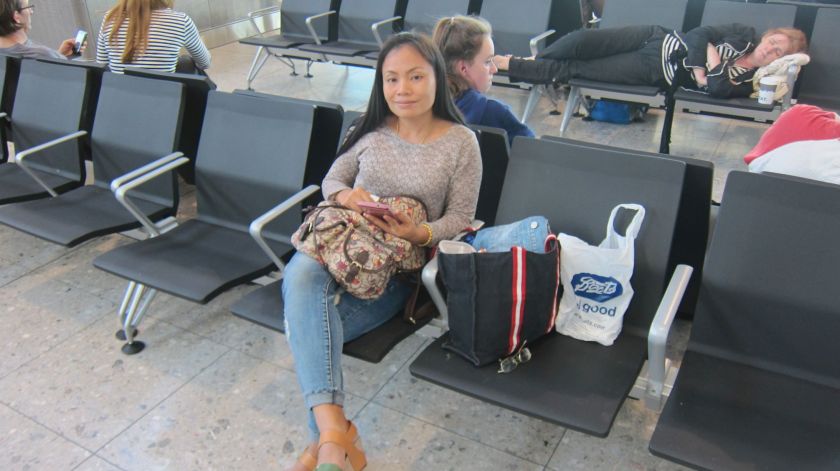 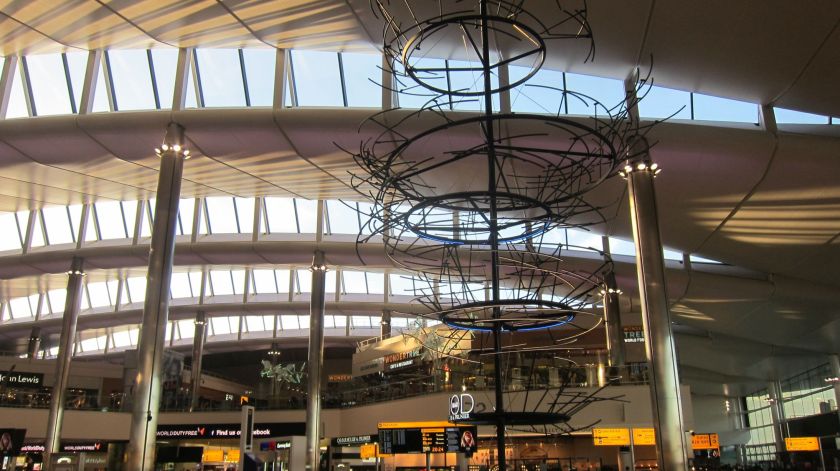 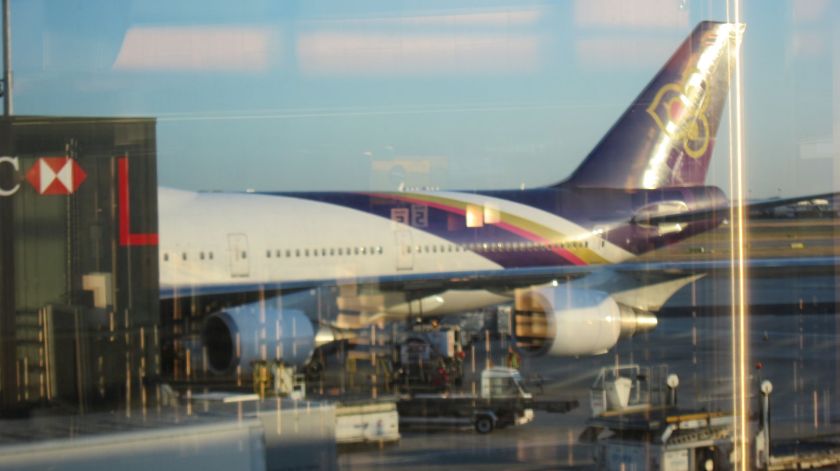 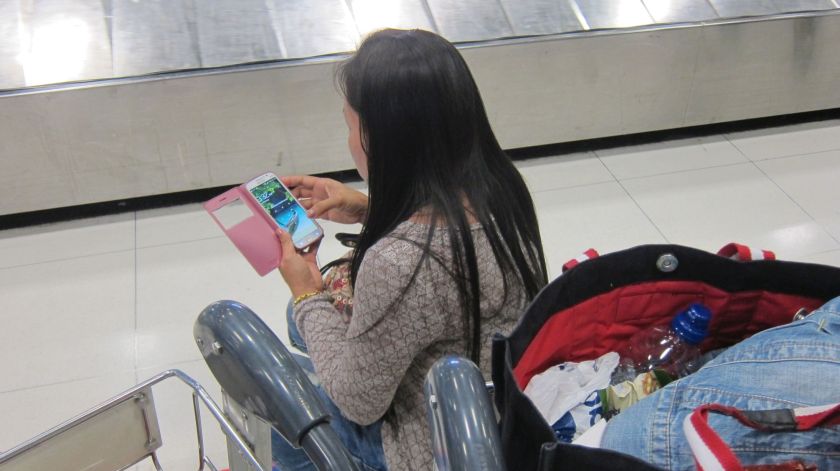