There is much that is good about Moonlight, but it’s not quite the finished article. 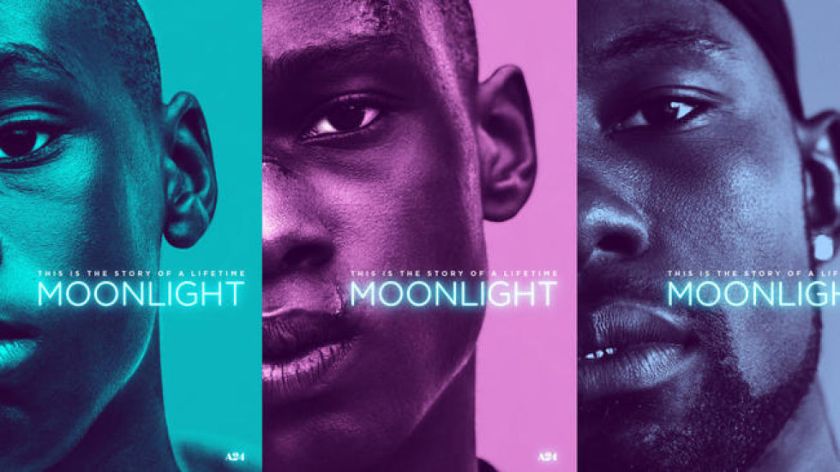 There is much that is good about Moonlight and in the overall, I quite enjoyed it.

But I cannot for the life of me see how it won the Golden Globe for the best motion picture drama, or that it can win the best picture Oscar, as while enjoyable, it is some way from being a great movie

It is the story of Chiron, a gay African American, and it is split into three distinct time periods, with three different actors playing the main role.

The first part is when Chiron is a young boy, and to this reviewer, it is by far the best part of the movie. The sensitive young boy, who scarcely understands his own sexuality, is mercilessly bullied and made fun off by his schoolmates, who sense that he is different.

His mother is a prostitute crack addict and he has no father. A kindly drug dealer (now there’s an oxymoron for you) in the neighborhood takes Chiron in hand, and between him and his girlfriend, they provide a safe haven from the horrors he suffers at home and at school.

While the first part of the story doesn’t move along particularly quickly, there is more than enough going on to hold your attention.

Part two begins with Chiron in his mid-teens. He is still shy and his schoolmates still tease and bully him. One day he is taunted viciously about his prostitute mother; he gets angry but takes no action.

Kevin, his school friend since childhood, takes him to a deserted beach where they kiss and Kevin gives him a hand job. Later at school, Chiron is taunted, yet again and Kevin is put under pressure by a school gang to punch Chiron. This he does, and urges Chiron to stay down on the ground, but Kevin keeps getting up again, whereupon the gang descend on him and beat him severely.

This is a pivotal moment in Chiron’s life. He has clearly had enough of being picked on and intimidated. The next day he enters class, picks up a chair and breaks it over the gang leader’s head. He is dragged off by teachers and arrested by the police.

The story still holds your attention, as you care enough to want to know where it goes from here. But there are many overly long gaps in action and dialogue, and we just watch the screen for minutes at a time, waiting for someone to speak or something to happen.

This is particularly so in the scenes between Chiron and Kevin, where I suppose we are watching the transformation of Kevin from school friend to gay conspirator, but it is not done very well and frankly, you just get rather bored.

Part three begins ten years later when Chiron is out of jail and is now called “Black” – a powerful drug dealer in Atlanta.

Kevin is now a cook in a diner back in Florida and one day he calls Chiron for the first time since he was incarcerated. They have a stilted conversation, and as a result, “Black” decides to drive back to Florida and pay Kevin a visit.

The third part is the worst. Moviegoers have already invested a fair amount of time in this movie that now seems to be running out of steam, but you hang in there and hope for the best. Once more there are long periods where not much happens – Black and Kevin stare at each other, and Kevin cooks a meal for Black.

The only really good scene is when Black visits his mother on route Kevin’s diner. Mum begs forgiveness for all the wrongs she has committed, and for her failure to bring him up properly.

But subsequent scenes at the diner, and at Kevin’s home, are so slow to the point of sleep-inducing.

In the end, we find out that although Kevin has been married and has a child, he is still gay. Black tells Kevin that he has never touched anyone since that day on the beach when he kissed Kevin.

Moonlight is clearly a 21st-century American morality play. America is a country where poor black gays are treated so badly that they have no chance of a achieving a good life. They will end up in prison and become drug dealers. Those who do survive on the right side of the law are obliged to hide their sexuality, as is the case with Kevin.

But I’m not too sure that this little three-part mini-drama tells us anything we didn’t already know. We are forced to watch a lot of angst – and I get that, but I don’t feel that much of it was done particularly well. For most of the time, it isn’t clear what is going on until it happens. If that’s what the director wanted, then he succeeded, but for this reviewer, it just resulted in frustration.

I know I shouldn’t question the story line as I have no way of knowing if such a story is feasible, but it did strike me as rather ‘pat’ that Chiron had been a virgin all his life. Sure, he wouldn’t have wanted his sexuality to be known, but surely a powerful drug lord would have found a way. I wonder how many gay men with raging hormones, from any ethnicity, spend their adulthood in sexual abstinence? Where there’s a will there’s usually a way.

I think his sexual abstinence was a ploy to justify him driving across America to visit his schoolboy friend, and to drag the audience across the finishing line on a dramatic high.

The acting throughout is pretty good. Mahershala Ali, and Naomie Harris richly deserve their Oscar nominations

Three and a half Mobi-Stars out of five for Moonlight.

You can find all my film reviews here: Mobi’s movie reviews on IMDB