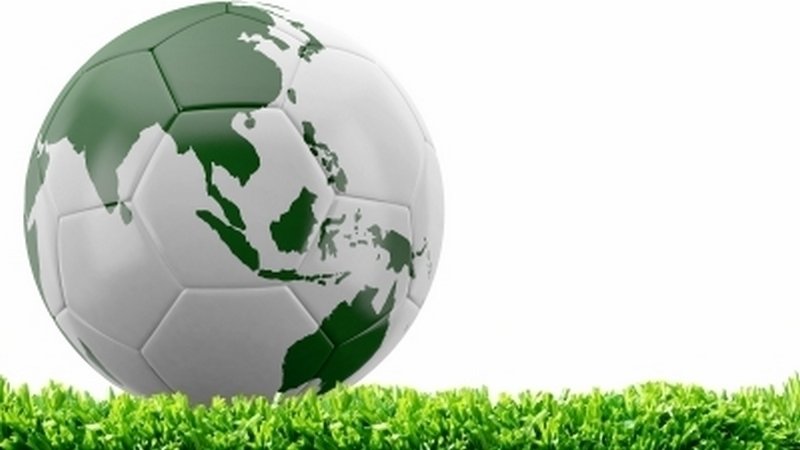 The list continues to grow and as yet excludes the disgraced former President Sepp Blatter and suspended EUFA President Michel Platini.

Nobody knows yet the true scale of the vast corruption within the FIFA evil empire, but it is certainly in the hundreds of millions of dollars. We know for a fact about $150 million in the Americas, $10 million in South Africa, several million dollars in bribes from the German Football Federation, and many millions from various national football associations through the years in exchange being awarded World Cup tournaments.

We also know this is just the tip of the iceberg. As well as receiving bribes, there has been mass corruption in FIFA concerning the awarding of television rights for world cups at a small fraction of their true market value in exchange for untold bribes, as yet unquantifiable.

Many national Football Associations, including England and Australia, have wasted millions of dollars on world cup bids that were destined to fail, due to the endemic and blatant corruption of FIFA officials.

Even world Cup sponsors are suspected of paying bribes in the tens of millions of dollars to become the sole providers of uniforms, footwear, accessories, and equipment to various teams.

As well as indicting 35 FIFA officials, the FBI is also investigating the awarding of the 2014 World cup to Brazil, and tax authorities in Germany have raided the offices of the German football Federation to investigate an illegal payment of 6.7 million Euros to FIFA to secure the rights for the 2006 World Cup. Frantz Beckenbauer, the then head of the German world cup bidding committee has admitted the bribe was paid.

The former President of FIFA – Sepp Blatter, has recently been found guilty of making an illegal, undisclosed payment of $2 million to Michel Platini, an ex-FIFA official and President of EUFA for “work performed” by Platini some 10 years ago. Few doubt that it was a bribe in exchange for Platini’s support to re-elect Blatter to the Presidency. Both men have now been banned from having any involvement in football for 6 years.

Platini was one of the prime movers in awarding the 2022 world cup to Qatar. This was in spite of the fact that such a venue went directly against the interests of European football clubs – of which he was the President. He also knew that it would be impossible to hold the tournament in the summer as scheduled, due to the 50 degrees plus heat. But no charges of corruption have been laid against Platini even though he met with President Sarkozy and Bin Hamman the son of Qatar’s ruler, one month before the vote, and Platini’s son was subsequently given a prestigious position in a Qatari state-owned business.

As if corruption wasn’t enough for these immoral “Fat Cats”, FIFA officials are now being held to account for the slave labour conditions suffered by construction workers in Qatar, who are mainly from the Indian sub-continent

FIFA were  alerted to this alarming state of affairs several years ago, but weretoo busy lining their pockets to take any action. In the meantime, hundreds of workers have died on Qatari construction sites and there has been no noticeable improvement in their working conditions.

Further, the wholesale cheating of labourers by criminal recruitment agencies has meant that many workers have massive loans to repay, have never been paid and are barred from leaving the country. The situation is getting worse and nothing is being done.

Amnesty International have called on FIFA to get Qatar to publish a comprehensive reform plan before construction on World Cup projects peaks in 2017.

I wouldn’t hold your breath.

As for Blatter – he has ruled FIFA and world football as his personal fiefdom for 17 years. Those in FIFA say that he was treated more like an emperor than the head of a sports organisation. He had total control over the workings of FIFA , where he and his inner cohorts schemed, plotted, and enriched themselves to their heart’s content.

In 2011, he made a solemn promise to EUFA, the European Football organisation, that if they supported his re-election bid he would retire in four years’ time. EUFA duly supported him, and in 2015, he reneged on his promise.

During Blatter’s term of office, FIFA was found guilty of financial mismanagement which resulted in marketing losses exceeding $100million under his presidency. As ever, Blatter was able to avoid taking the blame by using dubious Swiss laws of secrecy to avoid making full disclosures.

Now he is gone, but FIFA rumbles on its own inefficient, vastly expensive, corrupt manner. And just when they claimed to have cleaned up their ethics committee, FIFA ethics lawyer Juan Pedro Damiani is under internal investigation, following the publication of the”Panama Papers”.

Thanks to the “Panama Papers” we now find that the brand new President of FIFA, Gianni Infantino has been dragged into the corruption scandal concerning a “World Cup fraud.” Infantino signed a contract with a company under investigation when he was an official of UEFA. Yet UEFA recently denied that they ever conducted business with this offshore company – a statement which they now admit is not correct.

How can we trust anything anyone connected with FIFA when their ETHICS LAWYER is found to be involved with a corrupt football official, and its NEW PRESIDENT has now become embroiled in yet another corruption controversy?

The answer is Never!!

The whole sorry, corrupt organisation must be broken up and disbanded and every single FIFA official scattered to the wind. Only then we might have some glimmer of hope that football may be given back to “We – the people”.

There are estimated to be 3.5 BILLION football fans in the world. Just 1% of this number is 35 million.

What would our national Football associations think if we got 5 million football lovers to sign this petition?

How about giving it a try? You never know.

One day the fans of the world may wrest back control of the “beautiful game” and send these “Fat Cats” out of the park for once and all.

This petition will be delivered to:

The scandals rumble on….

7 Apr 2016 — On 6th April 2016, the Swiss police raided the offices of EUFA in connection with the contract signed by the now president of FIFA, Gianni Infantino. While working for UEFA, Infantino co-signed a television rights deal in 2006 with two businessmen who have since been accused by the FBI of bribery.

Cross Trading, the offshore company owned by the 2 men under investigation bought TV rights for UEFA Champions League football in 2006 for $111,000 and immediately sold them to an Ecuadorian broadcaster for $311,170. They also paid $28,000 for the rights to the UEFA Super Cup, selling them on for $126,200.

It may be small fry in the general scheme of things but both deals were signed off by the new President of FIFA, who is supposed to be the “New Broom.”

Meanwhile, Juan Pedro Damiani, the lawyer on FIFA ethics committee who is also known to have dealings with indicted football officials, has just resigned.

When will it ever end?

My next regular blog will be published on Sunday, 17th April 2016.

2 thoughts on “A special Mobi-Blog….. “Football Lovers of the World Unite – Disband FIFA!””